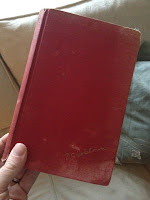 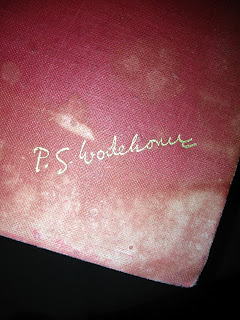 
It’s warming reading. It really is. It has the same escapism and old world humour that his fiction does. It wraps its arms around you, deposits you in an old leather armchair, lights the fire, puts a glass of port in your hand, locks the world outside, and does a thoroughly good job of entertaining you. It’s easy, and that’s its power. It comes off the page in the honeyed tones of your granddad.
All the more impressive given the work that’s gone into this. Wodehouse admits himself that he goes through small forests worth of paper in planning his books. Each sentence is formed, reformed, redrafted, edited, reshaped. He went to a lot of trouble to make his writing what it is.
There is a Wodehousian downside though, and one I’ve not come across before. With his other stories, there’s always a strong sense of “what next.” The scenarios he concocts are often complex and tension ridden. With this though, there was no real point. No end game. It’s more a collection of what he thinks about stuff.
Endearing, funny, clever, insightful in parts. But nothing to make you grab it and thirstily drink up a few pages, nothing to make you absolutely positively have to find out what happens. I wouldn’t dare go as far as to say it dragged (this is Wodehouse, after all) but the lack of urgency was an occasional but definite drawback.
Still huge amounts of fun though. Still something I loved. Still a writer that makes me feel wonderful to read.
8
Go read some Wodehouse. Now.
Next week, I may have to go back to reading something I don’t already love. I guess.
Posted by Gav Collins at 09:52

As always, I love reading your reviews, I have never read pg woodhouse, and this review certainly makes me want to!

Thanks anonymous! You should read some Wodehouse, everyone should.