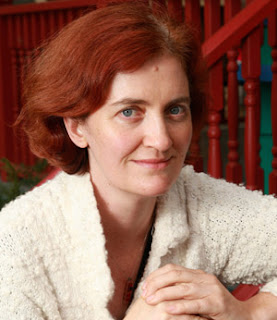 A new concept presented itself to me via a tweet the other day (in between Chris Addison and Robin Ince's constant twittering). Musicians have a “jam”. Artists continually “doodle.” But what do writers do? “Word vomit” was presented as a solution, but I’m not sure I like it.
Whatever the term is, all writers must do it. Get ideas and start bashing out some words around it, with no real intention for it to go anywhere or to take any real form – just playing.
Which is why Emma Donoghue’s ideas struck a rather large chord for me when we chatted. “I don't sit down with a format in mind. I try to respond to my material. I listen to an idea and to what it asks me to be. When I began it, I thought Slammerkin [Donoghue’s 2000 breakthrough novel] was a short story. It turned out it wanted to be a novel”
This whole idea struck me right in the forehead. Too many times, people go stright to "novel." They shouldn't. Just start with an idea and follow it wherever it takes you. It might just be a word vomit. Or it mind end up being a radio play.
Here’s a writer who has is bang in the middle of a long and successful career. She’s shapeshifted through turns at being someone who writes straight fiction, historical fiction, short stories, stage plays, radio plays – you name it, Emma Donoghue has had a crack. “If I ever come up with an idea that seems like it’ll work best as an opera, I guess I’ll have to learn how to write an opera.” This was a joke, but I absolutely believe she’d do it.
I believe it because it’s entirely apparent Emma Donoghue loves what she does. “It’s such a pleasure to write. I try to stay open minded, but novels are still my default position. You get to call all the shots. I’m like a child playing when I’m on a novel.” Having recently finished reading Donoghue’s latest volume of historical fiction short stories, Astray (GBR review to come soon...), I can testify that she’s pretty good at spinning mini tales as well.
That’s not to say it’s all easy for her. Astray is a set of stories with such ranging voices, such different feels, that it’s slightly exhausting to navigate. Each story strikes a true tone, so much so that Donoghue has been labelled one of fictions greatest ventriloquists. “That’s not something that comes easily,” she told me. “I do a lot of research into each character, every word needs to be true. I have to work at it, otherwise they they’d all end up as chatty and Irish.” Donoghue is chatty and Irish. That’s why that comment made sense. 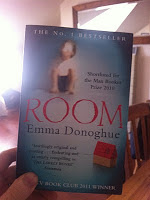 Donoghue changes styles, perspectives, eras and method throughout the collection, perhaps an echo of her varied career to date. Successful as that career has been though, she only really arrived at the household-name level in 2010 with the Man Booker nominated Room.
I wondered if Room’s success has started to irk her, like the band with a twenty album back catalogue who are continually forced to sing the breakthrough hit they had twenty years ago. “I’ve thought of that analogy myself,” said Emma, (who I felt I could call by her first name, now that we’d bonded over a commonly conceived analogy). “I’m not sick of it though. It opened up a new audience for me, and I’m still doing readings of it now. In thirty years time, I may be a bit sick of it, but not yet. I knew from the start it was the strongest idea I’d ever had, so I had a feeling it would do well. People really care about Jack [the boy at the centre of Room]. I get letters from people saying they’re just like him, that they can identify with him. It’s been very rewarding.”
I segued our chat awkwardly away from Room and towards something I’ve been preoccupied with ever since Will Self told me he couldn’t care less about the reader experience. I can’t seem to interview an author without asking their opinion of Self’s doctrine. So I succumbed again. “I try not to allow the reader to have any censoring effect. I try to hear them at a technical level. I think of the reader as me, but me who hasn’t read the book yet.” That’s a neat idea. Me who hasn’t read the book yet. I like it. And it seems to work for Donoghue.
My half hour was up. I hastily asked my so what are you reading now final question. “Bring up the Bodies,” came the reply. “Then I’ve got a book by Zadie Smith lined up. And I’ve recently finished another Lee Child.”
I put the phone down with a strong sense of a writer who loves what she does. A writer who continues to find new ways to interest herself in her material. And a writer who isn’t afraid to follow that material into new mediums. A writer, in short, who should be admired for her approach every bit as much as for her talent.
Posted by Gav Collins at 20:24

Email ThisBlogThis!Share to TwitterShare to FacebookShare to Pinterest
Labels: Astray, Bring Up The Bodies, Emma Donoghue, Room, short story, The GBR Interview, Will Self

One of the most touching books I've ever read, Room is very poignant. The most ingenious tool used by the author is the narration. The whole story is narrated by the child himself, and how he sees the "world" around him. The innocence is very touching.
Though sometimes the book may seem to drag on, but the end effect is simply fabulous.